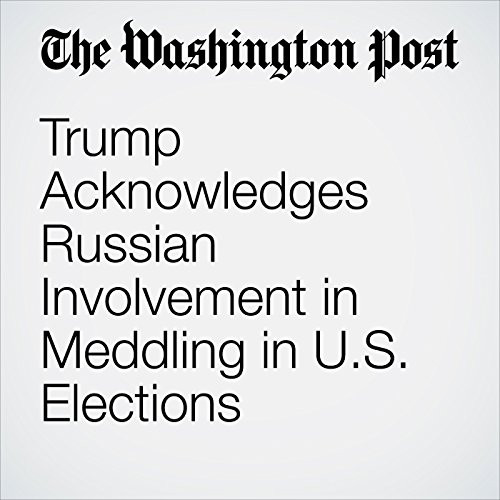 President-elect Donald Trump acknowledged for the first time Wednesday that he believes Russian operatives hacked the Democratic Party during the election, but he continued to dispute intelligence reports that Moscow acted to help him win.

"Trump Acknowledges Russian Involvement in Meddling in U.S. Elections" is from the January 11, 2017 Politics section of The Washington Post. It was written by David Nakamura and Abby Phillip and narrated by Sam Scholl.