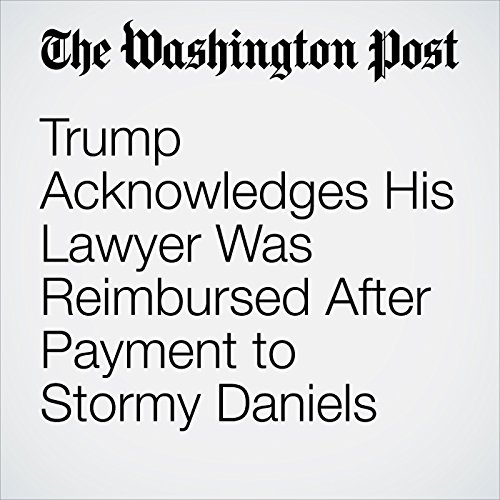 "Trump Acknowledges His Lawyer Was Reimbursed After Payment to Stormy Daniels" is from the May 03, 2018 Politics section of The Washington Post. It was written by John Wagner and narrated by Sam Scholl.