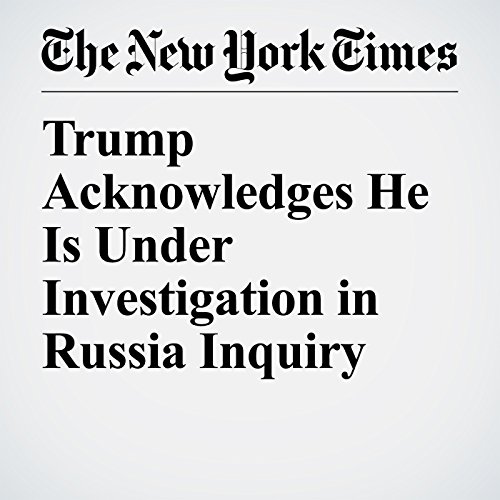 Trump Acknowledges He Is Under Investigation in Russia Inquiry

President Donald Trump acknowledged publicly for the first time Friday that he is under investigation in the expanding inquiry into Russian influence in the election and appeared to attack the integrity of the Justice Department official in charge of leading it.

"Trump Acknowledges He Is Under Investigation in Russia Inquiry" is from the June 16, 2017 U.S. section of The New York Times. It was written by Michael D. Shear and narrated by Barbara Benjamin-Creel.