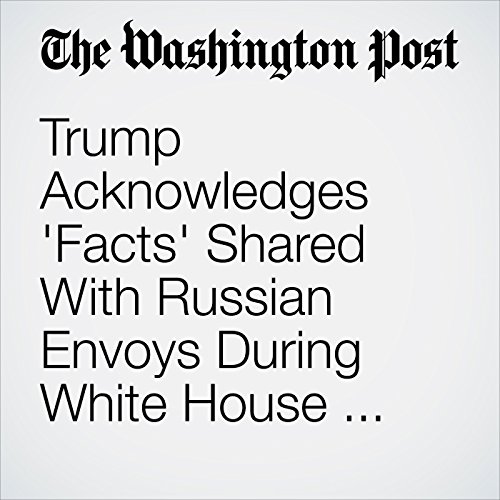 President Trump appeared to acknowledge Tuesday that he revealed highly classified information to Russia — a stunning confirmation of a Washington Post story and a move that contradicted his own White House team after it scrambled to deny the report.

"Trump Acknowledges 'Facts' Shared With Russian Envoys During White House Meeting" is from the May 16, 2017 Politics section of The Washington Post. It was written by Ashley Parker and narrated by Sam Scholl.