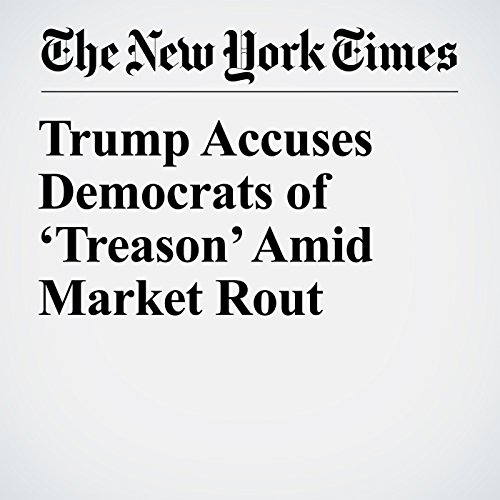 President Donald Trump on Monday accused Democrats who did not clap during his State of the Union address of being in-American and even treasonous. His remarks came in a rambling, discursive speech at a factory in Ohio, during which he celebrated his revival of the American economy as the stock market plummeted by more than 1,000 points.

"Trump Accuses Democrats of ‘Treason’ Amid Market Rout" is from the February 05, 2018 U.S. section of The New York Times. It was written by Mark Landler and narrated by Keith Sellon-Wright.