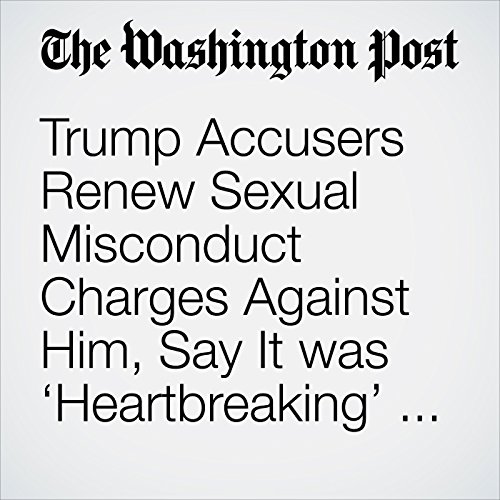 As the country grapples with a national reckoning over sexual misconduct allegations against powerful men, three women who accused the most high-profile man in America again questioned Monday why their claims did nothing to stop him from winning the presidency.

"Trump Accusers Renew Sexual Misconduct Charges Against Him, Say It was ‘Heartbreaking’ to See Him Elected" is from the December 10, 2017 Politics section of The Washington Post. It was written by Mark Berman and Frances Stead Sellers and narrated by Sam Scholl.