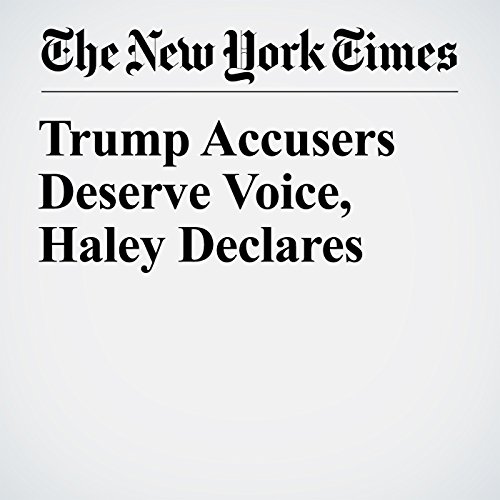 Nikki R. Haley, the U.S. ambassador to the United Nations, said Sunday that women who have accused President Donald Trump of sexual misconduct “should be heard,” a surprising break from the administration’s long-standing assertion that the allegations are false and that voters rightly dismissed them when they elected Trump.

"Trump Accusers Deserve Voice, Haley Declares" is from the December 10, 2017 Politics section of The New York Times. It was written by Michael D. Shear and Emily Cochrane and narrated by Kristi Burns.