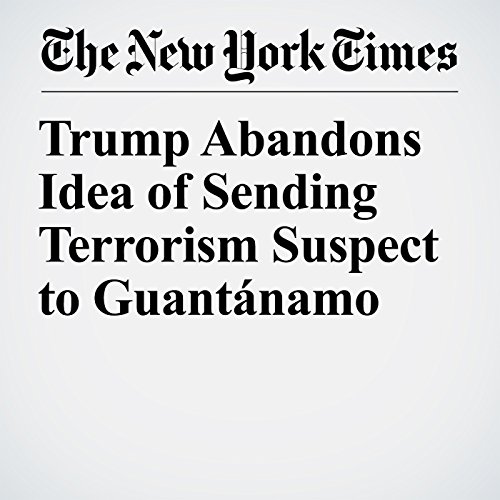 President Donald Trump on Thursday backed off his threat to send the suspect in this week’s New York terrorist attack to the U.S. military prison at Guantánamo Bay, Cuba, but once again called for the man to be executed, a public intervention in the case that could come back to haunt prosecutors in any future trial.

"Trump Abandons Idea of Sending Terrorism Suspect to Guantánamo" is from the November 02, 2017 U.S. section of The New York Times. It was written by Peter Baker and narrated by Kristi Burns.