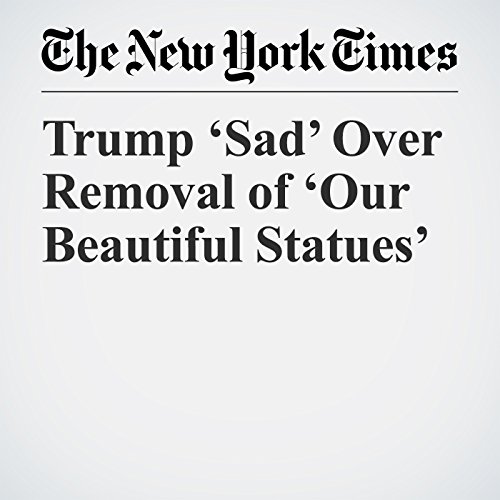 Under fire for defending racist activist groups, President Donald Trump said on Twitter on Thursday that he was “sad” to see United States’ history torn apart by the removal of “our beautiful statues and monuments,” echoing a popular refrain of white supremacist groups that oppose the removal of Confederate monuments.

"Trump ‘Sad’ Over Removal of ‘Our Beautiful Statues’" is from the August 17, 2017 U.S. section of The New York Times. It was written by Eileen Sullivan and narrated by Keith Sellon-Wright.