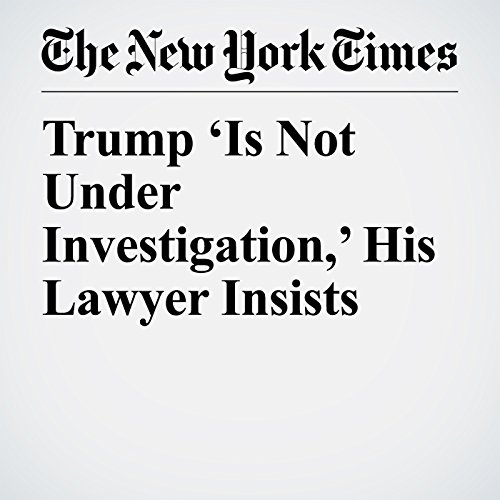 A member of President Donald Trump’s legal team said Sunday that the president was not under investigation by the special counsel looking into Russia’s election-year meddling, contradicting Trump’s assertion in a Friday morning tweet that he is a subject of the widening inquiry.

"Trump ‘Is Not Under Investigation,’ His Lawyer Insists" is from the June 18, 2017 National section of The New York Times. It was written by Michael D. Shear and Noah Weiland and narrated by Kristi Burns.

Cosa pensano gli ascoltatori di Trump ‘Is Not Under Investigation,’ His Lawyer Insists