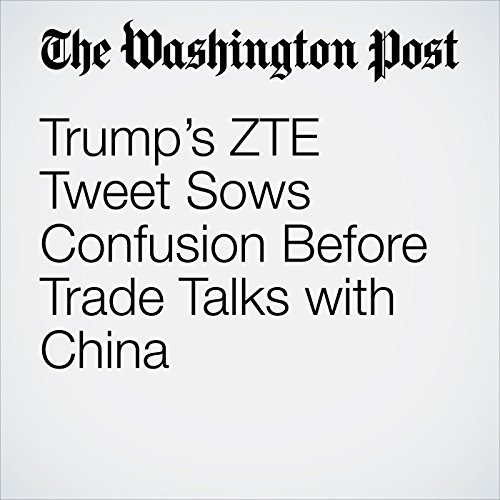 Senior U.S. officials struggled Monday to explain and act on President Trump’s abrupt decision to rescue Chinese telecom giant ZTE — a move that caught many of them by surprise.

"Trump’s ZTE Tweet Sows Confusion Before Trade Talks with China" is from the May 14, 2018 Business section of The Washington Post. It was written by Damian Paletta, David J. Lynch and Josh Dawsey and narrated by Sam Scholl.