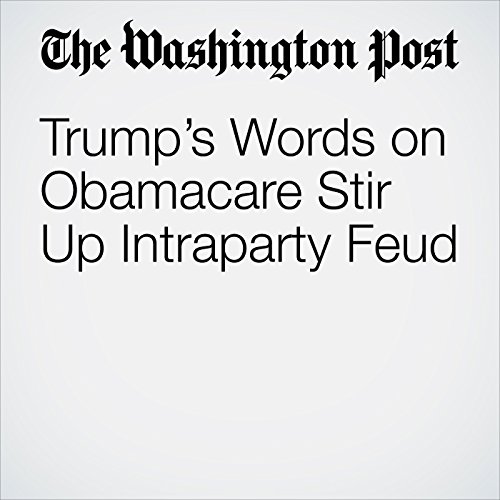 The leader of the Republican Party took some tentative steps in his address to the joint congressional session toward a position in the Obamacare fight currently looming over Capitol Hill. But the president’s words sparked as much debate as they quashed.

"Trump’s Words on Obamacare Stir Up Intraparty Feud " is from the March 01, 2017 Politics section of The Washington Post. It was written by Mike DeBonis and narrated by Sam Scholl.