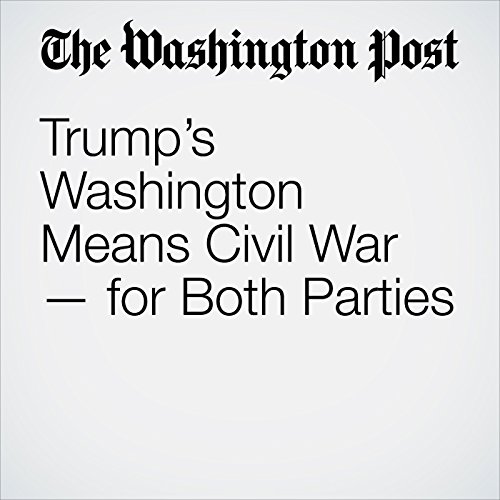 On Saturday, an aide to President Trump took to Twitter to denounce a renegade House Republican and encouraged other Republicans to defeat the wayward lawmaker in a GOP primary next year.

"Trump’s Washington Means Civil War — for Both Parties" is from the April 01, 2017 Politics section of The Washington Post. It was written by Paul Kane and narrated by Sam Scholl.