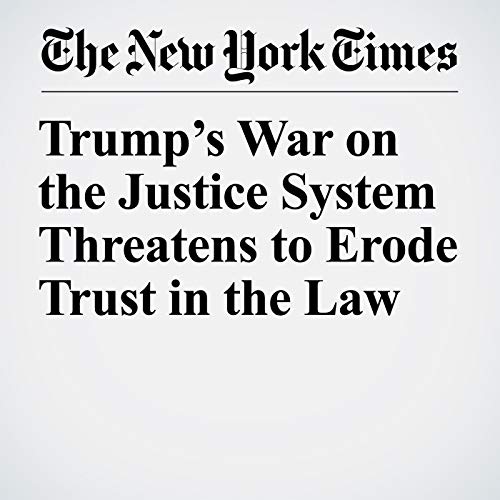 It is a once-unimaginable scenario: Sometime soon in a U.S. courtroom, a criminal defense lawyer may argue that the prosecution of an MS-13 gang member is a politically motivated “witch hunt” built around a witness who has “flipped” and taken what the lawyer calls a plea deal of dubious legality.He will be quoting the president of the United States.

"Trump’s War on the Justice System Threatens to Erode Trust in the Law" is from the August 25, 2018 U.S. section of The New York Times. It was written by Michael D. Shear and Katie Benner and narrated by Keith Sellon-Wright.