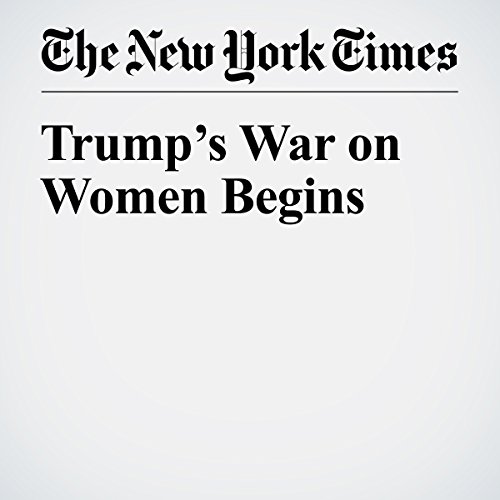 Should we journalists use the word “lie” to describe President Donald Trump’s most manifest falsehoods?

That debate has roiled the news world. The Times this week used the word “lie” in a front-page headline, and I agreed with that decision, but there’s a counterargument that lying requires an intention to deceive — and that Trump may actually believe his absurd falsehoods.

"Trump’s War on Women Begins" is from the January 25, 2017 Opinion section of The New York Times. It was written by Nicholas Kristof and narrated by Caroline Miller.