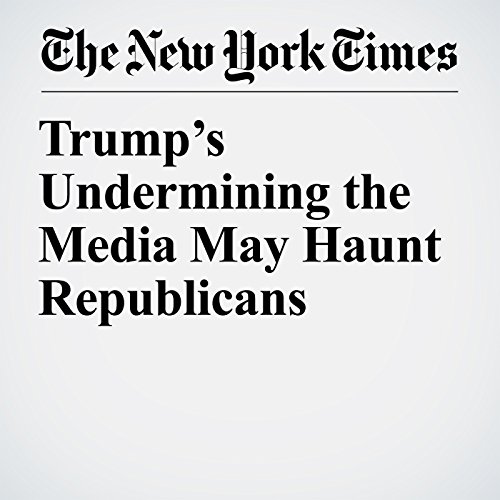 Journalists, their subscriptions and ratings spiking, howled about another move to undercut the role the free press plays in a democracy (which “Dies in Darkness,” as the new Washington Post slogan has it). The administration doubled down on its anti-press aggression, this time declaring it was “going to get worse every day” for these “globalist” and “corporatist” journalists (and other such gobbledygook from former Goldman Sachs executive Stephen K. Bannon).

"Trump’s Undermining the Media May Haunt Republicans" is from the February 25, 2017 U.S. section of The New York Times. It was written by Jim Rutenberg and narrated by Keith Sellon-Wright.