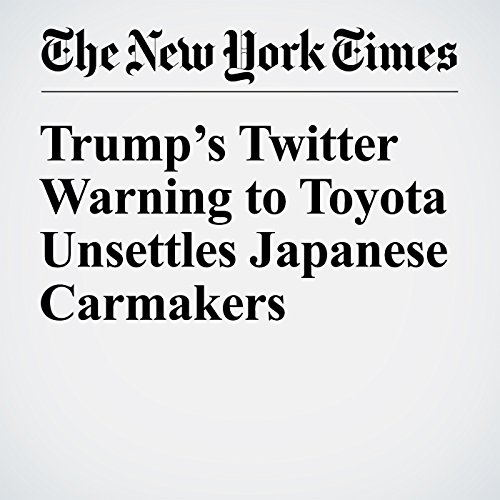 Donald Trump sent shivers across the Japanese auto industry on Friday after warning Toyota on Twitter that he would impose a “big border tax” on the company if it built a new plant in Mexico.

"Trump’s Twitter Warning to Toyota Unsettles Japanese Carmakers" is from the January 06, 2017 World section of The New York Times. It was written by Motoko Rich and narrated by Barbara Benjamin-Creel.