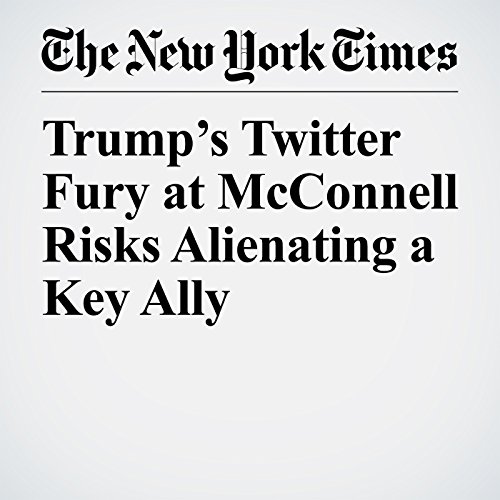 "Trump’s Twitter Fury at McConnell Risks Alienating a Key Ally" is from the August 10, 2017 U.S. section of The New York Times. It was written by Carl Hulse and narrated by Mike DelGaudio.