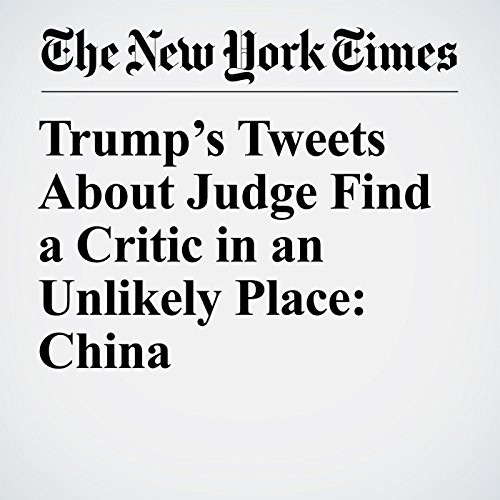 Trump’s Tweets About Judge Find a Critic in an Unlikely Place: China

Judge He Fan of the Supreme People’s Court of China published a scathing blog post about Trump’s reaction to Judge James L. Robart’s recent ruling blocking key parts of his executive order that barred visitors from seven predominantly Muslim countries. Judge He said that Trump had breached the principle of an independent judiciary, and that people who attacked judges were “public enemies of the law.”

"Trump’s Tweets About Judge Find a Critic in an Unlikely Place: China" is from the February 07, 2017 World section of The New York Times. It was written by Michael Forsythe and narrated by Barbara Benjamin-Creel.