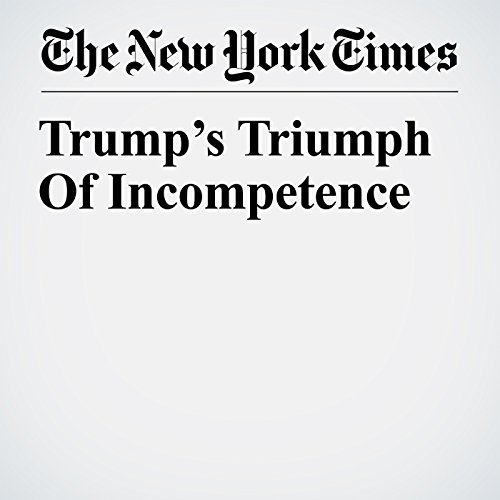 One of President Donald Trump’s rare strengths has been his ability to project competence. The Dow Jones stock index is up an astonishing 2,200 points since his election in part because investors believed Trump could deliver tax reform and infrastructure spending.

"Trump’s Triumph Of Incompetence" is from the March 25, 2017 Opinion section of The New York Times. It was written by Nicholas Kristof and narrated by Fleet Cooper.