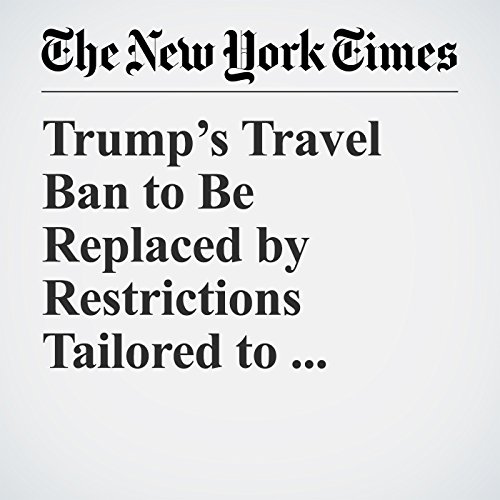 President Donald Trump’s ban on travelers from six majority-Muslim countries is set to be replaced as soon as this weekend with more targeted restrictions on visits to the United States that would vary by country, officials familiar with the plans said Friday.

"Trump’s Travel Ban to Be Replaced by Restrictions Tailored to Certain Countries" is from the September 22, 2017 U.S. section of The New York Times. It was written by Michael D. Shear and Ron Nixon and narrated by Mike DelGaudio.