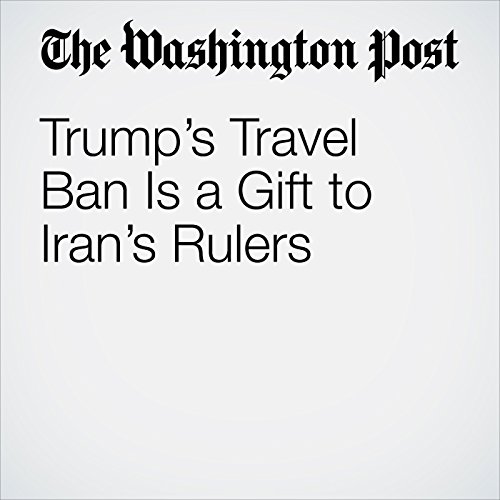 President Trump’s travel ban on Iranians is a gift to the Islamic republic and its hard-line rulers. It will not deter terrorism on U.S. soil. Not a single terrorist involved in the 9/11 attacks or other fatal terrorist attacks in the United States since then has been of Iranian origin.

Instead, Trump’s policy is a collective punishment of a diverse and changing nationality, and will ironically serve the purposes of Iran’s hard-line rulers.

""Trump’s Travel Ban Is a Gift to Iran’s Rulers"" is from the January 29, 2017 Opinions section of The Washington Post. It was written by Hadi Ghaemi and narrated by Sam Scholl.