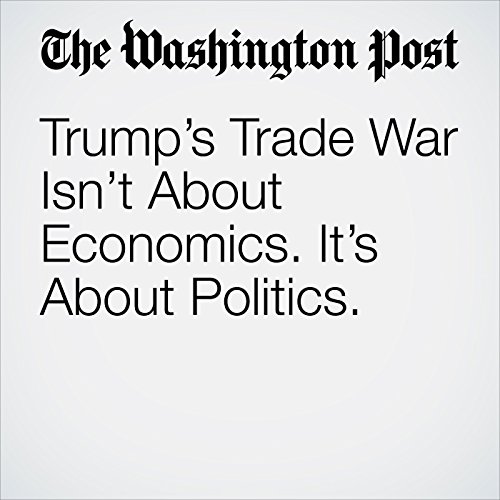 You cannot understand President Trump’s so-called trade war without acknowledging that it’s mostly about politics and not about economics. Trump has embarked on a giant marketing campaign to convince us that foreigners — their exports — are to blame for our economic problems. It’s a seductive appeal to nationalism whose main defect is that it’s mostly untrue.

"Trump’s Trade War Isn’t About Economics. It’s About Politics." is from the June 06, 2018 Opinion section of The Washington Post. It was written by Robert J. Samuelson and narrated by Sam Scholl.