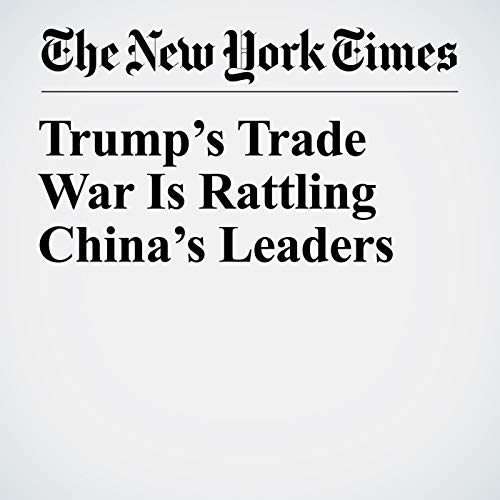 BEIJING — China’s leaders have sought to project confidence in the face of President Donald Trump’s tariffs and trade threats, but as it becomes clear a protracted trade war with the United States may be unavoidable, there are growing signs of unease inside the Communist political establishment.

"Trump’s Trade War Is Rattling China’s Leaders" is from the August 14, 2018 World section of The New York Times. It was written by Keith Bradsher and Steven Lee Myers and narrated by Keith Sellon-Wright.