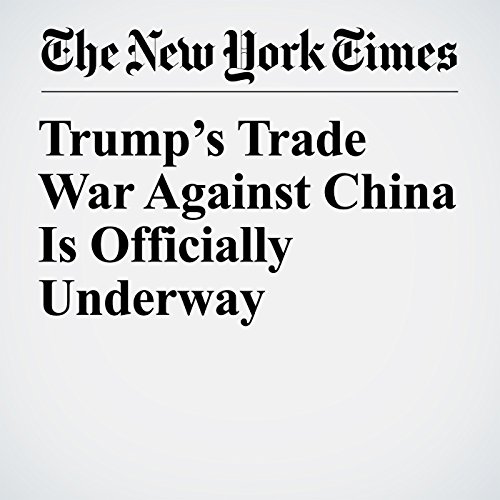 A trade war between the world’s two largest economies officially began Friday morning as the Trump administration followed through with its threat to impose tariffs on $34 billion worth of Chinese products, a significant escalation of a fight that could hurt companies and consumers in both the United States and China.

"Trump’s Trade War Against China Is Officially Underway" is from the July 06, 2018 U.S. section of The New York Times. It was written by Ana Swanson and narrated by Barbara Benjamin-Creel.