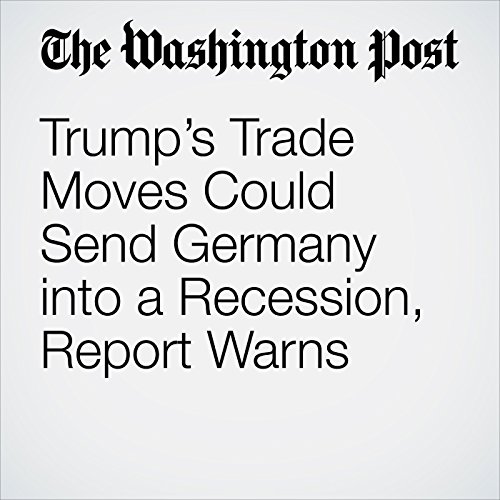 The risk of a recession in Europe’s biggest economy rose significantly between March and April amid the fallout over President Trump’s increasingly restrictive stance on global trade, researchers said Monday. While economists with the German Institute for Macroeconomics and Economic Research (IMK) saw only a 6.8 percent likelihood of a recession within three months in March, they now believe that an imminent economic downturn is 32.4 percent likely.

"Trump’s Trade Moves Could Send Germany into a Recession, Report Warns" is from the April 16, 2018 World section of The Washington Post. It was written by Rick Noack and narrated by Sam Scholl.