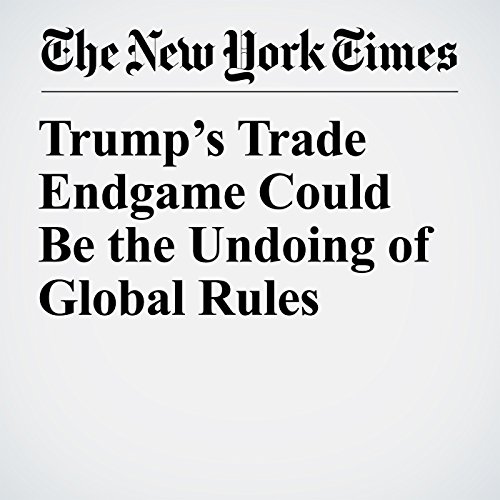 What if President Donald Trump’s ultimate goal is to kill the World Trade Organization?When Robert Lighthizer, Trump’s top trade negotiator, cut his teeth on trade diplomacy, back during the presidency of Ronald Reagan, the United States had an idiosyncratic way of solving its grievances over trade: asking its trading partners to curb their exports, or else.

"Trump’s Trade Endgame Could Be the Undoing of Global Rules" is from the October 31, 2017 Business section of The New York Times. It was written by Eduardo Porter and narrated by Kristi Burns.