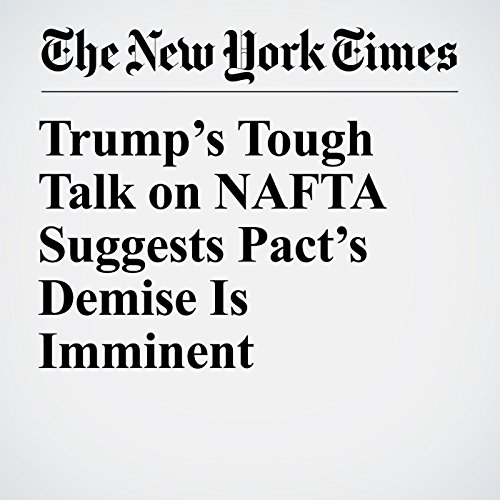 The North American Free Trade Agreement, long disparaged by President Donald Trump as bad for the United States, was edging closer toward collapse as negotiators gathered for a fourth round of contentious talks here this week.

"Trump’s Tough Talk on NAFTA Suggests Pact’s Demise Is Imminent" is from the October 11, 2017 Business section of The New York Times. It was written by Ana Swanson and narrated by Keith Sellon-Wright.