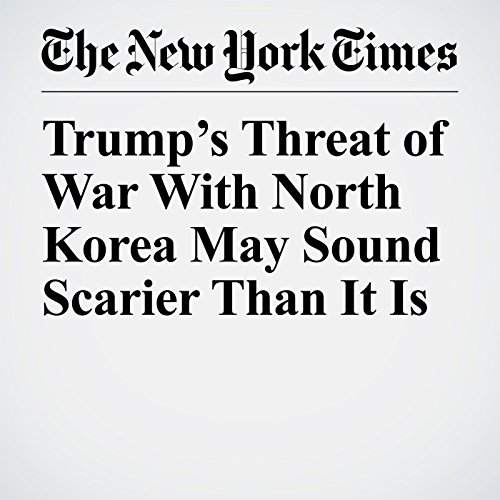 American anxiety over North Korea spiked on Tuesday when President Donald Trump warned that, if the country makes any more threats against the United States, it “will be met with fire and fury like the world has never seen.”

"Trump’s Threat of War With North Korea May Sound Scarier Than It Is" is from the August 09, 2017 World section of The New York Times. It was written by Max Fisher and narrated by Keith Sellon-Wright.