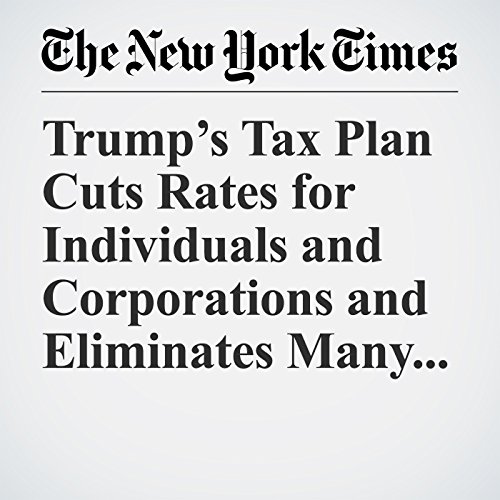 The Trump administration on Wednesday proposed the most sweeping changes to the federal tax code in decades, outlining a framework that would cut individual and corporate taxes, eliminate widely used exemptions and deductions and tilt the United States closer to the type of tax system embraced by other industrialized nations.

"Trump’s Tax Plan Cuts Rates for Individuals and Corporations and Eliminates Many Deductions" is from the September 27, 2017 U.S. section of The New York Times. It was written by Alan Rappeport and Thomas Kaplan and narrated by Keith Sellon-Wright.