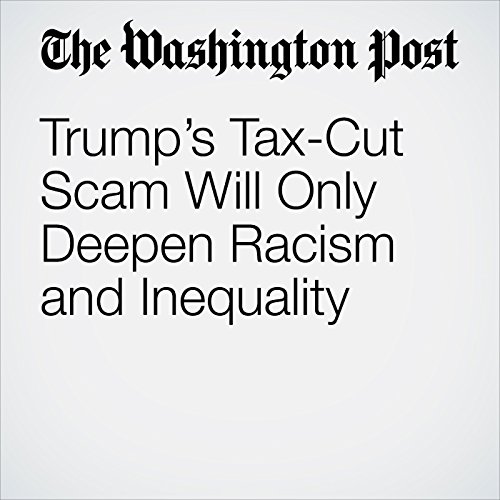 Trump’s Tax-Cut Scam Will Only Deepen Racism and Inequality

The six-month anniversary of the Tax Cut and Jobs Act passed last week with little fanfare. Despite Republicans’ dishonest spin, most Americans recognize that President Trump’s crowning legislative achievement was a plutocratic heist that will do nothing to help working people. Greedy corporations have used their windfalls to reward chief executives and stockholders, while workers’ wages have actually declined. Barely a third of Americans now support the law.

"Trump’s Tax-Cut Scam Will Only Deepen Racism and Inequality" is from the June 26, 2018 Opinion section of The Washington Post. It was written by Katrina vanden Heuvel and narrated by Sam Scholl.