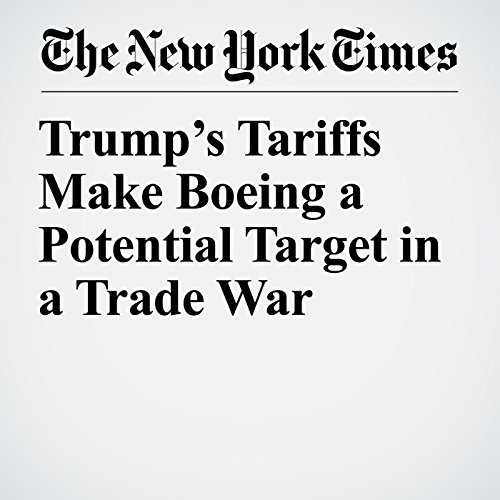 President Donald Trump will visit a Boeing plant in St. Louis on Wednesday to celebrate the tax cut his party handed to American companies. But lurking in the background is a clash over trade — one in which Boeing is the most vulnerable target.

"Trump’s Tariffs Make Boeing a Potential Target in a Trade War" is from the March 13, 2018 Business section of The New York Times. It was written by Natalie Kitroeff and narrated by Kristi Burns.