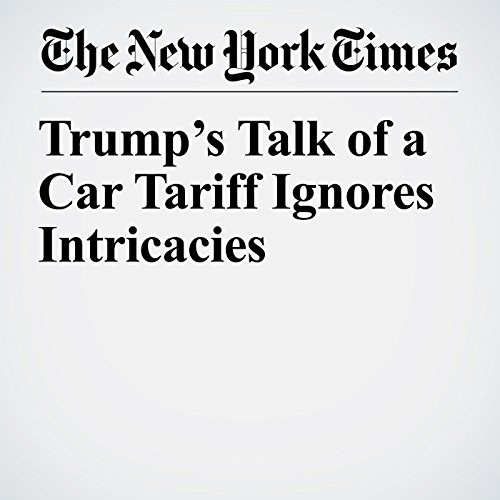 Trump has criticized other companies and industries for moving production out of the United States at the expense of U.S. jobs, such as appliance makers and pharmaceutical companies. But the vehicle industry in general — and particularly foreign automakers, his new target — illustrate how difficult it can be to parse U.S. from international when criticizing global trade.

"Trump’s Talk of a Car Tariff Ignores Intricacies" is from the January 19, 2017 Business section of The New York Times. It was written by Keith Bradsher and Jack Ewing and narrated by Corey M. Snow.