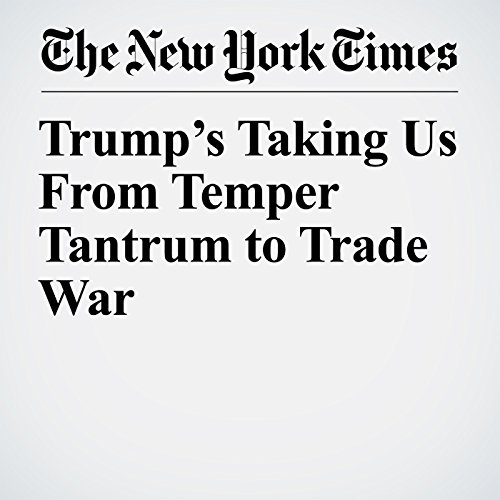 In one way, Donald Trump’s attack on our foreign trade partners resembles his attack on immigrants: in each case, the attack is framed as a response to evildoing that exists only in his imagination. No, there isn’t a wave of violent crime by immigrants, and MS-13 isn’t taking over American towns; no, the European Union doesn’t have “horrific” tariffs on U.S. products (the average tariff is only 3 percent).

"Trump’s Taking Us From Temper Tantrum to Trade War" is from the July 02, 2018 Opinion section of The New York Times. It was written by Paul Krugman and narrated by Keith Sellon-Wright.