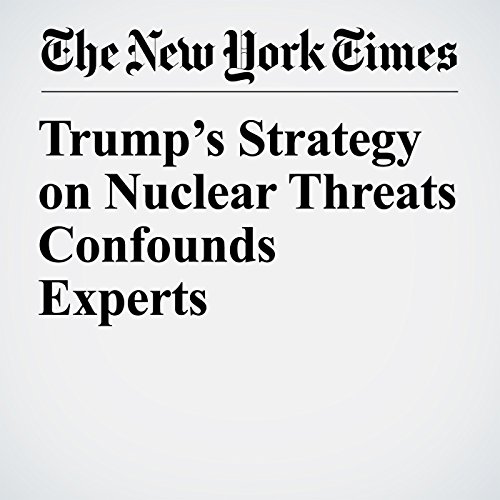 After declaring he has plenty of time to solve the North Korean nuclear crisis, President Donald Trump celebrated on Tuesday what he claimed was an early victory: satellite evidence that the country is dismantling a missile test stand in a small first step toward securing commitments made by its leader, Kim Jong Un, last month in Singapore.

"Trump’s Strategy on Nuclear Threats Confounds Experts" is from the July 25, 2018 U.S. section of The New York Times. It was written by David E. Sanger and narrated by Keith Sellon-Wright.