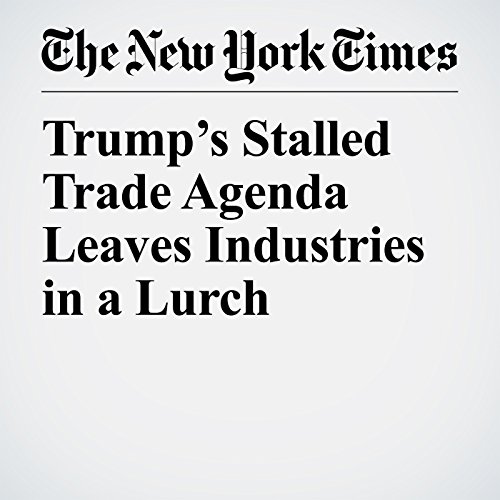 Donald Trump promised Americans that they would be exhausted from “winning” on trade under his presidency. But nearly seven months after Trump took office, the industries he vowed to protect have become tired of something else: waiting.

"Trump’s Stalled Trade Agenda Leaves Industries in a Lurch" is from the August 07, 2017 Business section of The New York Times. It was written by Alan Rappeport and narrated by Kristi Burns.