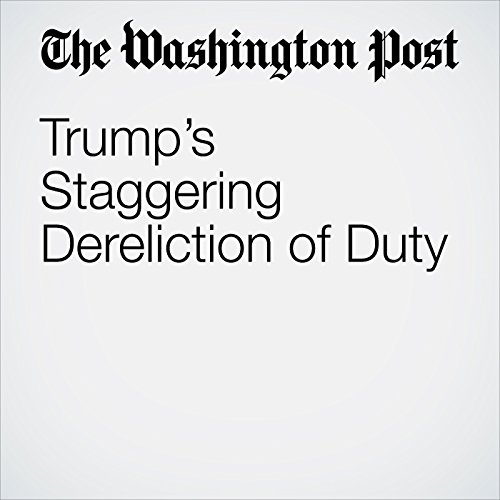 National security adviser H.R. McMaster is in the news — and apparently in the presidential doghouse — for stating the obvious: that evidence of Russian interference in the 2016 election is “now really incontrovertible.” So it is appropriate to take, as this column’s theme, the title of McMaster’s book on the Vietnam war, “Dereliction of Duty.”

"Trump’s Staggering Dereliction of Duty" is from the February 18, 2018 Opinion section of The Washington Post. It was written by Ruth Marcus and narrated by Sam Scholl.