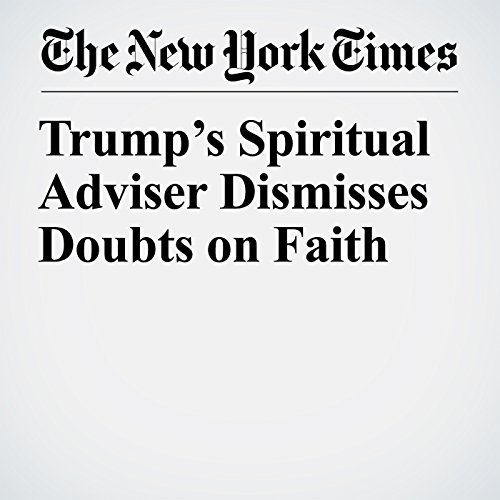 White, who has been called Trump’s spiritual adviser, will be the first female clergy member to pray at a presidential inauguration, where she will deliver an invocation. The president-elect and White have been friends for 15 years, since Trump saw her on Christian television and called to tell her she was “fantastic.” He also repeated several of her sermons back to her, she said.

"Trump’s Spiritual Adviser Dismisses Doubts on Faith" is from the January 19, 2017 U.S. section of The New York Times. It was written by Noah Weiland and narrated by Kristi Burns.