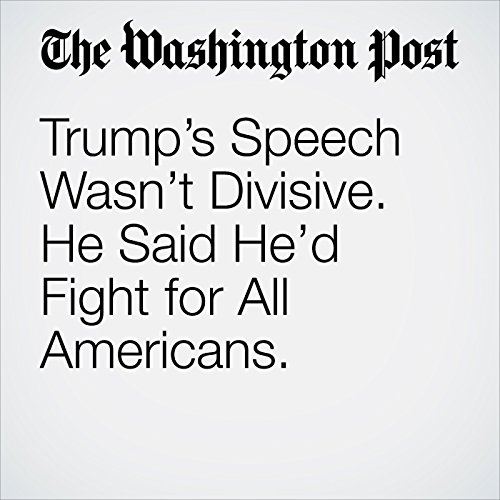 For all the legitimate criticisms of Donald Trump’s inaugural address, one charge that is wholly undeserved is that his speech was divisive and targeted solely at his core supporters. Read the plain words of what Trump actually said, and it is clear this is simply not so. He reached out directly and repeatedly to Americans who did not vote for him.

"Trump’s Speech Wasn’t Divisive. He Said He’d Fight for All Americans." is from the January 23, 2017 Opinion section of The Washington Post. It was written by Marc A. Thiessen and narrated by Sam Scholl.