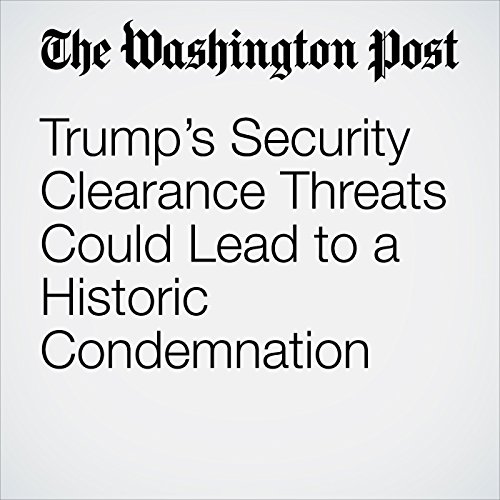 In his threats to revoke the security clearances of former government officials who have criticized his policies, President Trump has again shown his contempt for the rule of law. But this time he has chosen an area in which Supreme Court precedent shows his wrongheadedness.

"Trump’s Security Clearance Threats Could Lead to a Historic Condemnation" is from the July 25, 2018 Opinion section of The Washington Post. It was written by Harry Litman and narrated by Sam Scholl.