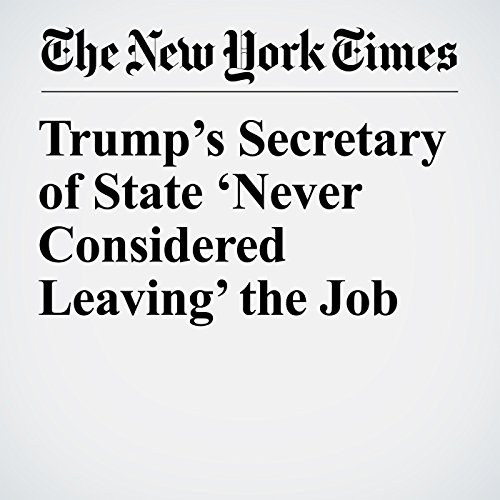 Secretary of State Rex W. Tillerson insisted on Wednesday that he has never considered resigning, despite what associates have described as deep frustration. But he did not deny a report that he has grown so disenchanted with President Donald Trump that he once referred to him as a “moron.”

"Trump’s Secretary of State ‘Never Considered Leaving’ the Job" is from the October 04, 2017 U.S. section of The New York Times. It was written by Peter Baker, Maggie Haberman, and Glenn Thrush and narrated by Keith Sellon-Wright.