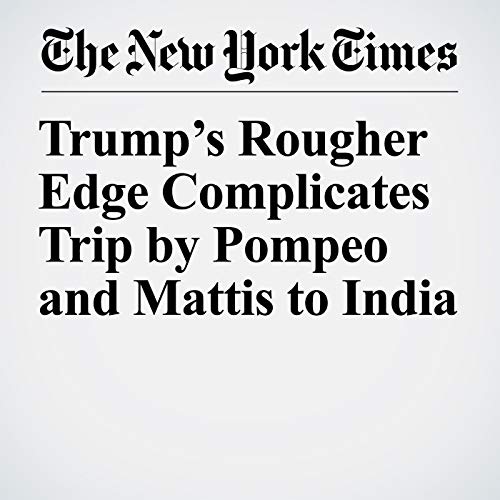 There have always been irritants in relations between India and the United States. But few have been as perplexing to New Delhi, or left as bitter a taste, as President Donald Trump’s tendency to mock Prime Minister Narendra Modi’s accent in English.

"Trump’s Rougher Edge Complicates Trip by Pompeo and Mattis to India" is from the September 02, 2018 U.S. section of The New York Times. It was written by Gardiner Harris and narrated by Keith Sellon-Wright.