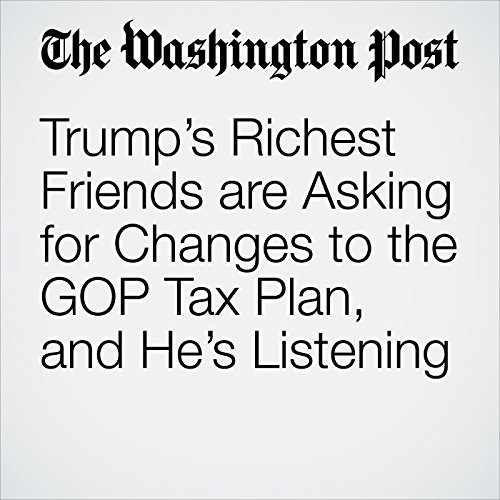 Some of President Trump’s wealthiest New York friends have launched a last-minute campaign to pressure him for changes to the GOP tax bill, telling the president personally that the current plan would drive up their taxes and hurt his home state.

"Trump’s Richest Friends are Asking for Changes to the GOP Tax Plan, and He’s Listening" is from the December 07, 2017 Business section of The Washington Post. It was written by Damian Paletta and Josh Dawsey and narrated by Jenny Hoops.