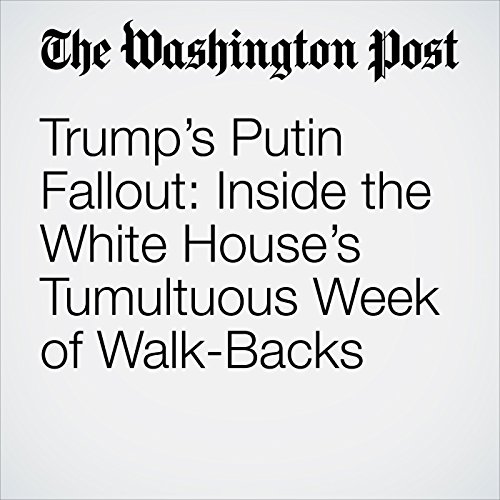 Feeling exasperated and feisty as he awoke in the White House residence, President Trump fired off his grievances on Twitter about how the media had been covering his Helsinki summit. And, refusing to be cowed, Trump gave national security adviser John Bolton an order: to schedule a second summit and officially invite Russian President Vladi­mir Putin to visit Washington.

"Trump’s Putin Fallout: Inside the White House’s Tumultuous Week of Walk-Backs" is from the July 21, 2018 Politics section of The Washington Post. It was written by Ashley Parker, Philip Rucker, Josh Dawsey and Carol D. Leonnig and narrated by Sam Scholl.