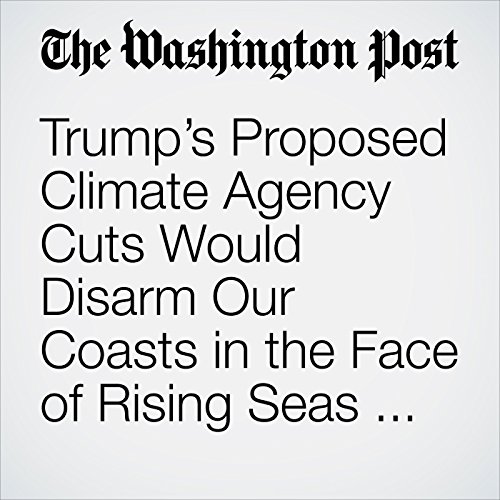 A proposed White House budget for the National Oceanic and Atmospheric Administration could put coastal communities throughout the nation at a major disadvantage as they struggle to adapt to threats from sea-level rise, severe storms and other climate-related events, scientists and other experts said.

"Trump’s Proposed Climate Agency Cuts Would Disarm Our Coasts in the Face of Rising Seas, Scientists Say" is from the March 10, 2017 Energy & Environment section of The Washington Post. It was written by Chelsea Harvey and Chris Mooney and narrated by Jill Melancon.