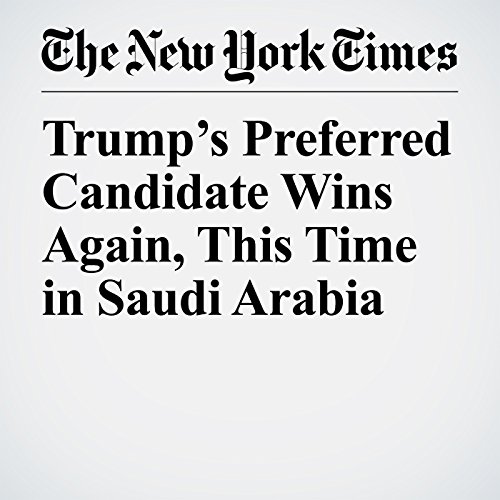 "Trump’s Preferred Candidate Wins Again, This Time in Saudi Arabia" is from the June 21, 2017 World section of The New York Times. It was written by Mark Landler and Mark Mazzetti and narrated by Keith Sellon-Wright.