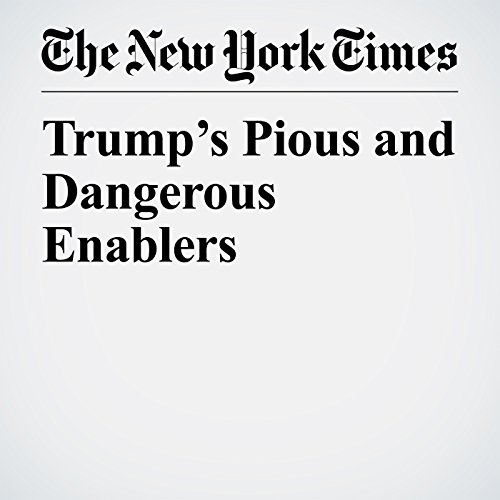 Patriotism is supposed to be the last refuge of scoundrels, but religion surely is a close second. So there was President Donald Trump this week with evangelical leaders laying hands on him, and granting a rare non-Fox interview to the doddering founder of the Christian Broadcasting Network.

"Trump’s Pious and Dangerous Enablers" is from the July 14, 2017 Opinion section of The New York Times. It was written by Timothy Egan and narrated by Barbara Benjamin-Creel.