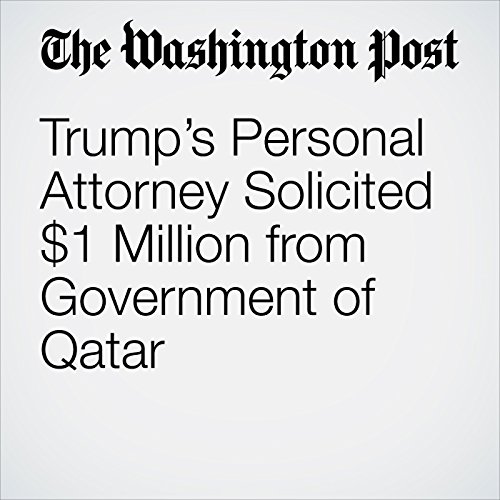 Michael Cohen, President Trump’s personal attorney, solicited a payment of at least $1 million from the government of Qatar in late 2016, in exchange for access to and advice about the then-incoming administration, according to the recipient of the offer and several others with knowledge of the episode.

"Trump’s Personal Attorney Solicited $1 Million from Government of Qatar" is from the May 16, 2018 National section of The Washington Post. It was written by Karen DeYoung, Josh Dawsey, Rosalind S. Helderman and narrated by Sam Scholl.