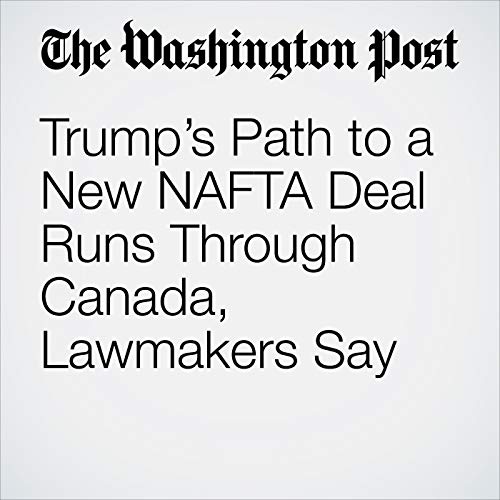 President Trump’s ability to secure a major victory in his trade agenda could hinge on whether Canadian Prime Minister Justin Trudeau will go along with his controversial approach, as many U.S. lawmakers are insisting on Canada’s participation before they approve any deal.

"Trump’s Path to a New NAFTA Deal Runs Through Canada, Lawmakers Say" is from the August 28, 2018 Business section of The Washington Post. It was written by Erica Werner and Damian Paletta and narrated by Sam Scholl.