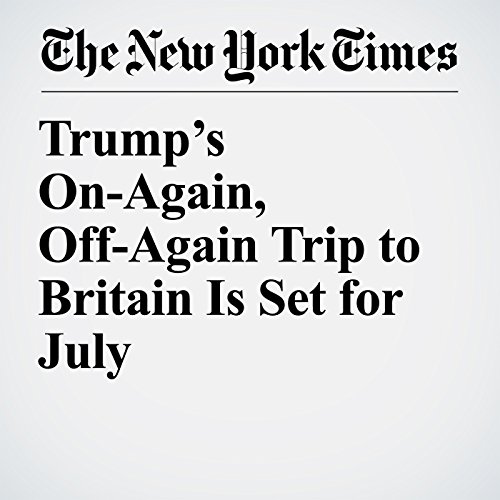 The White House announced on Thursday that President Donald Trump will make his first visit to Britain on July 13, a trip the White House had repeatedly put off amid friction between the American president and one of the United States’ closest allies.

"Trump’s On-Again, Off-Again Trip to Britain Is Set for July" is from the April 26, 2018 World section of The New York Times. It was written by Julie Hirschfeld Davis and narrated by Barbara Benjamin-Creel.